I was wandering through some of my pictures today. I found several of my hatband pictures that I had done over the last few years. The white band was the very first one that I had done. It came from the Mary Konior's Visual Tatting Patterns "Black Magic" pattern.  I had worn it several places shortly after I made it. Almost got the hat grabbed off my head a couple of times. I had one waiter actually comment that he would have liked to have one as well. 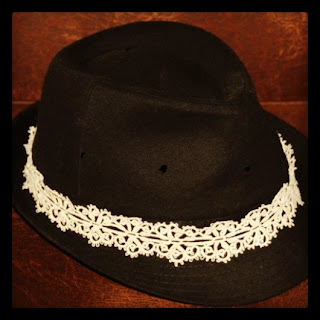 The next two motifs were from a couple of my Japanese pattern books. The first one has now been moved to my newest white fedora which is actually formed from eyelet lace fabric. I will have to get a picture of this one sometime. 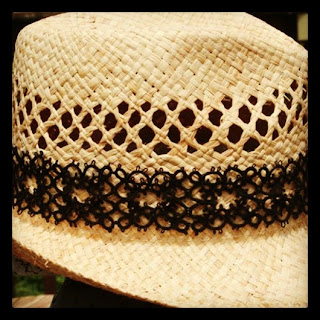 The next one still resides on my straw fedora and I really like the way the black sets off the straw color. I have received more compliments on this hat or any one of the hatbands when I wear them. 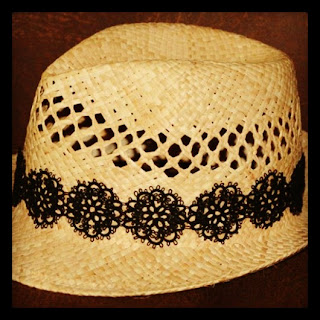 The last hat band I did from a narrow band pattern but it seems to really get lost on the hat. I will have to explore with some other patterns to see if I can add something to it to make it stand out. 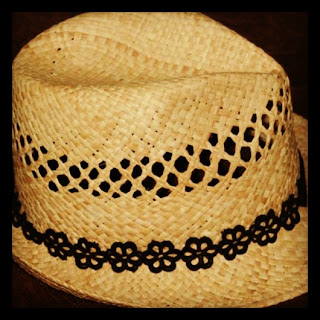 I put up a recent picture of the straw hat with the third band and a purple carnation that is tatted as well. I am currently working on a black one for now to see if that would look better. Something about mixing color with the black on the hat seems not to set well. I may do a second or third one as well just to see how they look in a group. I may also order some colored threads to create some colored hatbands this summer. I may also try to find another white hat to dye just to have another color hat besides tan, black and white.

Posted by Unknown at 3:52 PM No comments:

I have been too long away from my blogging. I do have some pictures to share with you all. I believe that the last time I wrote I shared that I was working on a special project for our annual fall ladies gathering at church. As of today I am up to 76  motifs. The jar that I started keeping them in is now half way full of these motifs. I plan on getting them all done and then attaching ribbon to each to form a bookmark. 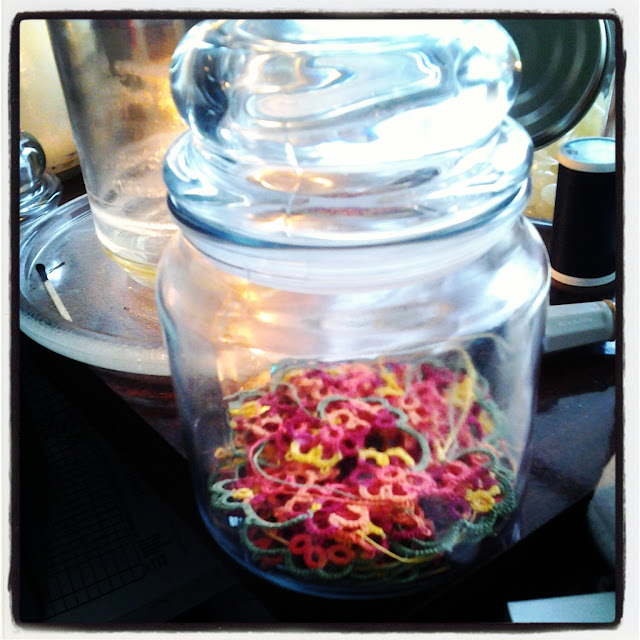 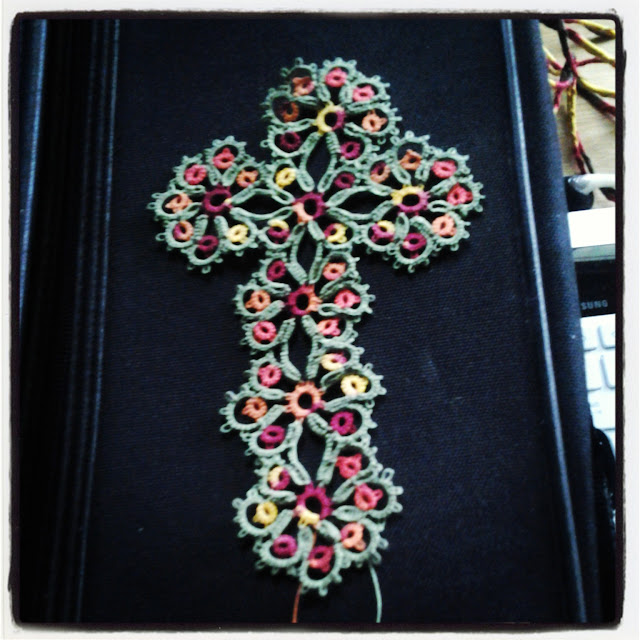 I also tried out a pattern called "Thank You Carnation" by Tammy Rogers that can be found HERE.  I have temporarily attached it to my straw fedora until I can put together the pin backing for this item. 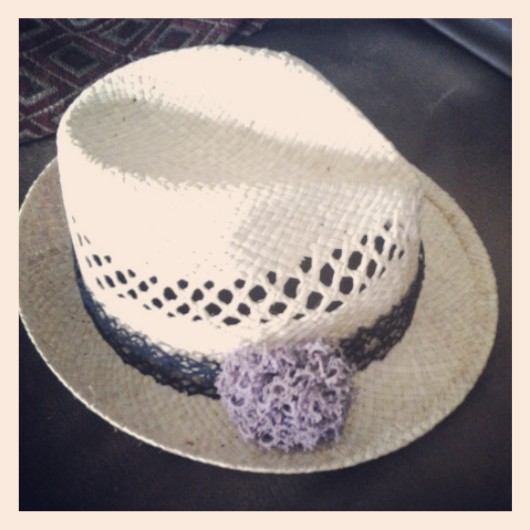 We also have a new member of the family at our house as of a couple of weeks ago. She is called "Baby Girl" for now and is settling in nicely to our home. The first couple of days she spent in hiding because that was what she was used to in my son's home. Seems she really didn't like the little ones so spent much of her day in hiding and then coming out at night. She is finally out during the day and up in our laps when we sit down. She is a tabby / calico mix  because of the markings that are tabby and several color spots like a calico. She loves to climb on things and is now very loving and affectionate. I do find that if anyone else is around she tends to avoid my lap in favor of someone else. 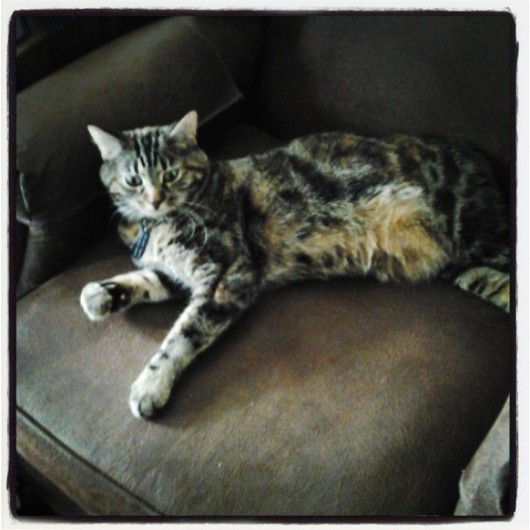 We have spent the last few months travelling on the weekends to visit my son & his family in Nebraska. Celebrated birhdays and holidays. I have gone to local meetings with other groups, one in Sedalia that meets every Monday and one in Versilles which meets once a month. I only go once a month to Sedalia because it is over an hours travel from my home. I am looking forward to a visit from my other son & his family as they have been stationed in Japan since August. I have a grand daughter who I am anxious to meet for the first time since she was born last September.

I had almost forgotten how much trouble this blog can be. I can create the content on my tablet but I have to go onto the computer itself in order to set up the layout. The blog app will load the necessary pictures but they seem to be added to the end instead of where I want them to appear.  So I end this blog knowing that I will just have to re-edit a little later before publishing. (Now that editing is done, it is published. )

Arial - The Tattered Faerie
Posted by Unknown at 12:24 PM No comments:

Thanks to coming to my blog presence on the internet. I appreciate you viewing my crazy rantings.
Hopefully I will have plenty to share in the weeks and months to come.
Arialgr